Four Gospels, one purpose: Which Gospel fits you best? 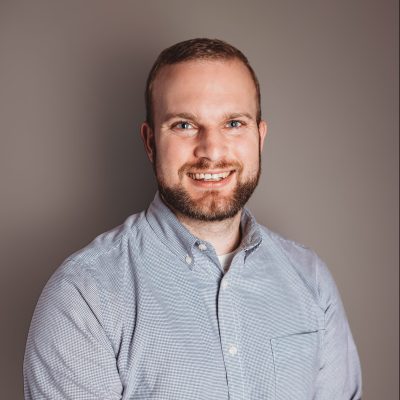 So, those of you who had the privilege of hitting your teen years in the early 2,000s, like me, had a shared experience the rest of you may not understand, and that was the experience of walking into school, looking at the still portraits on the wall and the unmoving stairways and sighing a deep sigh of disappointment,  because they were harsh reminders that we were in our regular ordinary school, and not the magical school of Hogwarts.

Now, I realize some of you of the, let’s just say, “older generations” were perhaps a bit skeptical of the Harry Potter series back then. But to those of us who spent our teen years hanging out with Harry, Hermione, and Ron there was no better daydream than imagining that we, too, may one day go to wizard school and there was no more important detail about that daydream than which Hogwarts House we truly belonged in.

If you don’t know, and it’s ok if you don’t, there were four Houses at the magical school of Hogwarts, four dorm rooms, basically, that students would be assigned to based on their personality: there were brave students of Gryffindor, the smart students of Ravenclaw, the ambitious students of Slytherin, and the humble students of Hufflepuff.

But to this day you can check my Facebook profile and see that I am a proud Ravenclaw.

I bring this up because I was reminded of those Hogwarts Houses this week.

See, we are starting a new series today: I’m calling it “Good News.”

We are diving into the four Gospels in the New Testament.

And believe it or not, the four Gospels are not unlike the four Houses of Hogwarts.

Now, were there other metaphors I could have chosen to use here? Of course.

But once again, I am a proud Ravenclaw, so this is what you get.

See, the purpose of the four Hogwarts Houses was the same: they each existed in order to educate students.

But they each had their own style: green and silver for Slytherin, yellow and black for Hufflepuff.

And they each had their own favorite virtues: courage for Gryffindor, wisdom for Ravenclaw. Four Houses, four different ways of fulfilling their one shared purpose.

Which brings me to the Gospels—four Gospels, one shared purpose: to declare the Good News of Jesus Christ.

But each one with a radically different style, audience, and emphasis.

Each Gospel as different from each other as Gryffindors are from Slytherins.

Which allows each of us to find a Gospel that we fit in.

That is your job this month, Church.

I don’t have a magical sorting hat, but I want you to either be here every week or to go back and watch these messages every week this month.

At the end of August I want you to find the Gospel that you best fit in.

Now, unlike Hogwarts Hosues, you still need the three other Gospels, so don’t write them off.

But I do think there is a Gospel that speaks to you better than the other three, and I want you, by the end of the month to figure out which one that is, then I want you to read that Gospel in its entirety before the end of this year.

Are you up for this challenge?

Alright then, let’s start with Matthew.

The first thing you have to understand about Matthew is that the poor man has a really hard job.

Matthew is writing his Gospel roughly 40 years after Jesus’ resurrection.

And something big has just happened: the Jewish people have just gone to war with the Roman Empire and lost.

The armies of Rome have destroyed the temple in Jerusalem, the heart of their faith and their country.

At the same time, Christianity, which began as a sect of the Jewish faith, is now becoming a separate religion.

Which means that Christians who started as Jewish and still consider themselves to be Jewish are beginning to be excluded from their family synagogues.

They aren’t being invited to the festivals, they’re even being ostracized from their families.

And so these Jewish Christians are losing their connection to their families and their religious tradition right as that tradition is literally under attack.

They still believe in Jesus, but the lives they knew have been turned completely upside down, and they don’t even know who they are anymore.

They’re wondering if they still belong to their family and whether there is any value to their faith tradition anymore.

They are desperate to know if all the stories and practices and beliefs that had been handed down to them for generations still mattered at all.

And Matthew’s job is to write to these Jewish Christians with a resounding “Yes!”

And there is one word that Matthew uses to drive this point home again and again: fulfill.

“God’s Word has been fulfilled.”

You cannot fully appreciate Matthew’s Gospel if you do not understand that one vital word.

Unfortunately, most of us don’t.

See, we tend to think that in Old Testament times, God told a bunch of people that Jesus was coming, and several hundred years later, God’s Word was fulfilled when Jesus came.

That’s what we tend to think.

And there is truth in that, but that is only a part of what Matthew means by ‘fulfill.’

For an example of what Matthew really means, we have to rewind the clock hundreds of years from Jesus to the time of the prophet Isaiah.

It’s 740 BC, and God appears to a man named Isaiah and tells Isaiah to proclaim God’s Word to the people, even though the people won’t listen to a word he says.

To quote Isaiah 6, “their minds will be dull and their ears stopped up and their eyes will be shut.”

Now, Isaiah, as you can probably imagine, doesn’t think this sounds very fun.

I mean, if God told me you all were going to ignore every word I said, I would just end the service early and go home, you know?

So, Isaiah, very understandably, asks God how long he has to do this.

And God says, “until the cities lie in waste and the houses are uninhabited.”

Basically, God is telling Isaiah that his job is to preach and keep preaching, even though no one is listening, until everything has been lost.

Now, Church, let me ask you, why would God say that? Why have Isaiah preach when no one is listening?

The answer is because while the people wouldn’t listen, Isaiah’s words would be written down.

And then, much much later, after God’s people had lost everything, then they would finally be able to go back and read those words, and understand what God had been trying to tell them all along.

You ever brush off your parents’ or grandparents’ advice as a teen or young adult only to look back a few years later and realize they were right all along?

Right, they all seemed so naïve when you were young.

But then you went through some things, then you suffered a little and lost more than a little.

And then, when you’re questioning who you are and what you’ve done and all that’s happened, then you remember what your auntie or whoever told you, and you realize that they’d been through this stuff themselves and had been trying to keep you from going through it and that didn’t work out.

But you also realize that since they went through it, you can get through it too.

If you’ve been there, then you understand why God says the people won’t listen to Isaiah until they’ve lost everything.

And all that happens.

Isaiah preaches, the people ignore him, until they lose everything, then they go back and read the words and understand.

Now let’s fast forward again: now it’s Jesus speaking these same words from Isaiah and saying that these words are being fulfilled again.

Because, see, Jesus, like Isaiah, he’s preaching to people who are not listening to a word he says, and will keep not listening until they lose everything.

Only after Jesus dies, only after the Jews go to war with Rome and lose, only when devastation hits will they go back and read these words and realize what Jesus was saying.

And Matthew writes this down because Matthew wants those Jewish.

This is why Matthew’s Gospel is so important for us.

See, just like the Jewish Christians, our lives can be and have been turned upside down.

And in those times, we start to wonder who we really are and what our life is really all about.

And we also start to question the value of everything we used to have.

I mean, what good was my faith or my identity or my religion when it didn’t stop everything from falling apart in my life?

We even wonder if the God we believed in was really real.

Yes, you have changed as a person. But that doesn’t mean the old you was all bad.

And yes, your faith will need to change and grow because of what happened,

but that doesn’t mean that everything you did and believed was worthless.

And yes, your ideas about God need a bit of updating.

But that doesn’t mean that God hasn’t been active in your life, then or now

God’s Word was fulfilled in your life, you just didn’t recognize it.

But now you have a chance.